Sudheer Babu, who was famous for the success of “Premakatha Chitram,” and tried to prove as a commercial hero in Tollywood with the “Aadu Magadra Bujji” movie. He builds his body with eight packs for this movie on demand of the subject. 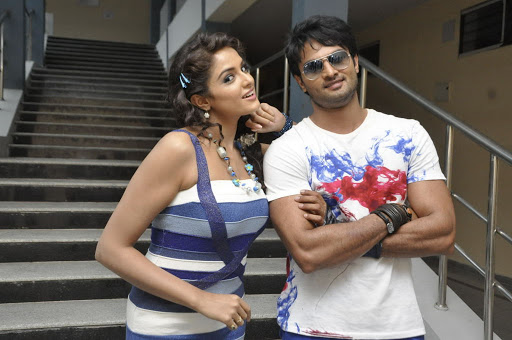 The movie available in aha platform in full HD format

Sudheer Babu’ who entered Tollywood, has got a good image in a short time. He decided to have the image of a complete commercial hero. So, he has chosen a perfect commercial subject in the genre of mass entertainer that is “Aadu Magadra Bujji.” The movie released on 7th December 2013 and got a good response from the audience.

While discussing the story, Siddhu (Sudheer Babu), who is an irresponsible youngster, fell in love with Indu (Asmita Sood) at first sight and joins in a college, which Indu was studying. Cherry (Ranadeer), who reacts cruelly while anybody proposed to his sister Indu. Cherry loving Anjali (Punam Kaur), and there is a hurdle with Anjali’s uncle Shankar (Ajay), who is the biggest bully in their village. Sidhu also aims to convince Shankar, marry Cherry and Anjali, and make his love success.

There are many entertaining things in the movie, which can be watched online. The audience, who likes mass masala and comedy elements, will enjoy the entire movie.

Hero Sudheer Babu built his body eight pack for this movie. His energetic performance in some scenes and in action sequences will mesmerize the audience.

The confusion drama, which comes in the second half, generated good comedy, audience much entertained with those scenes in the movie.

Dialogues are added additional attraction to the movie, which comes with punch and timing entirely.

Ajay, who played an antagonist role in the movie, was performed his character very well.

Director Krishna Reddy tried to give his best without doing any experiments in the movie. His taking and utilizing star cast for the need of the characters are brilliant.

Cinematography by Shantonio Terjio was impressive. He enhanced intense of the scenes with his professionalism in the movie.

The music was one of the assets to the movie, which given by Sri. Especially in emotional scenes and action sequences, his music was played a vital role.

What You Must Know About Electrical Cabinet Enclosures